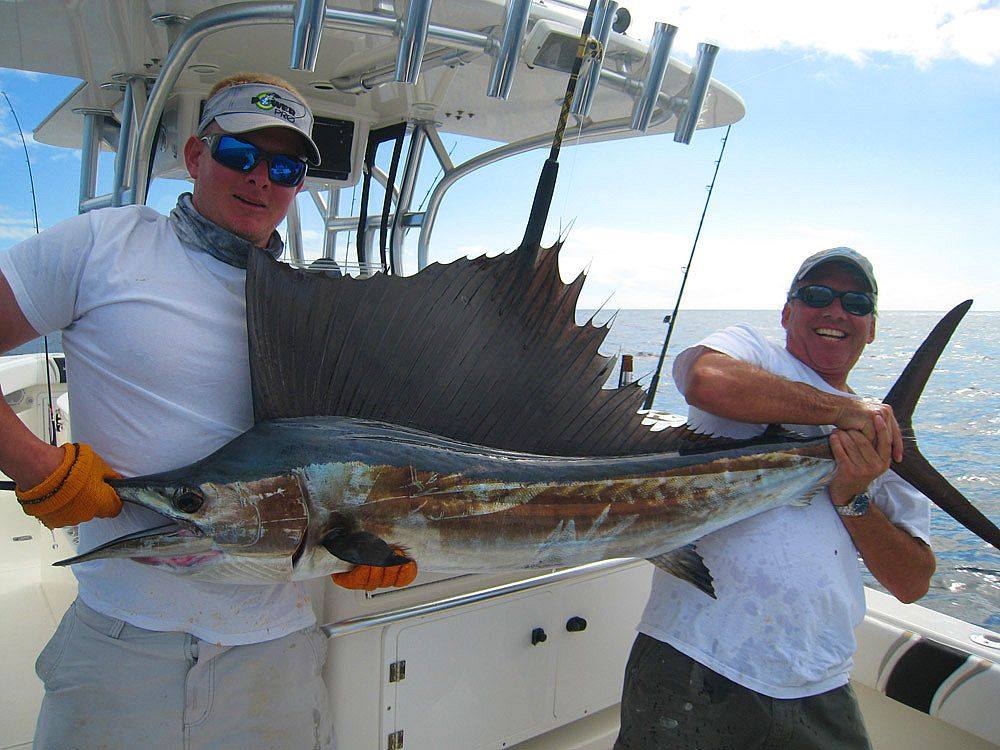 Capt. Brad is something of a renaissance man within the Key West fishing fraternity.

Captain Brad is a natural “Conch” meaning he was born and raised in the keys. With saltwater running through his veins from an early age, Brad has accumulated more hours on and under the sea already than most veteran retired guides ever achieve. As a commercial diver and collector of live tropical fish, Brad has a unique perspective of fish species and habits in their natural environment on the reef and in the shallows of the lower keys and Key West.

Gifted with an outgoing and patient personality, Captain Brad is the complete Light Tackle guide. Possessing a vast knowledge of flats to offshore fishing Captain Brad now offers his guest wonderful options when fishing together.

Captain Brad is equally happy to head offshore in the Atlantic to “blue water” in pursuit of the fabled sport fish of the Gulf Stream such as Marlin, Sailfish and Tuna, or to the natural reef home of Snapper and Grouper, Barracuda, and the apex predator shark. The Gulf of Mexico has been Captain Brad’s playground since childhood and few guides are as familiar with the hundreds of remote shipwrecks via his hours spent diving them. The Gulf wrecks provide world class fishing for the elusive Permit, Cobia, and super aggressive Bull Shark. Captain Brad’s shallow water talents are equally impressive, specializing in Tarpon, Sea Trout, Redfish, Bonefish and Permit fishing.

Capt. Brad has been featured on multiple fishing television programs, including the Discovery Channel’s #1 hit show “River Monsters” season 8, episode 3 and numerous appearances on George Poveromo’s World of Saltwater Fishing. From the helm of his immaculate 34′ Yellowfin “Off the Rock” Captain Brad provides his anglers with state-of-the-art fishing equipment. Plus, with leading edge technology at his fingers tip’s and all the creature comforts anglers demand, Captain Brad is the perfect choice in Key West. Captain Brad takes immense pride in offering his guests the ultimate fishing experience in Key West. 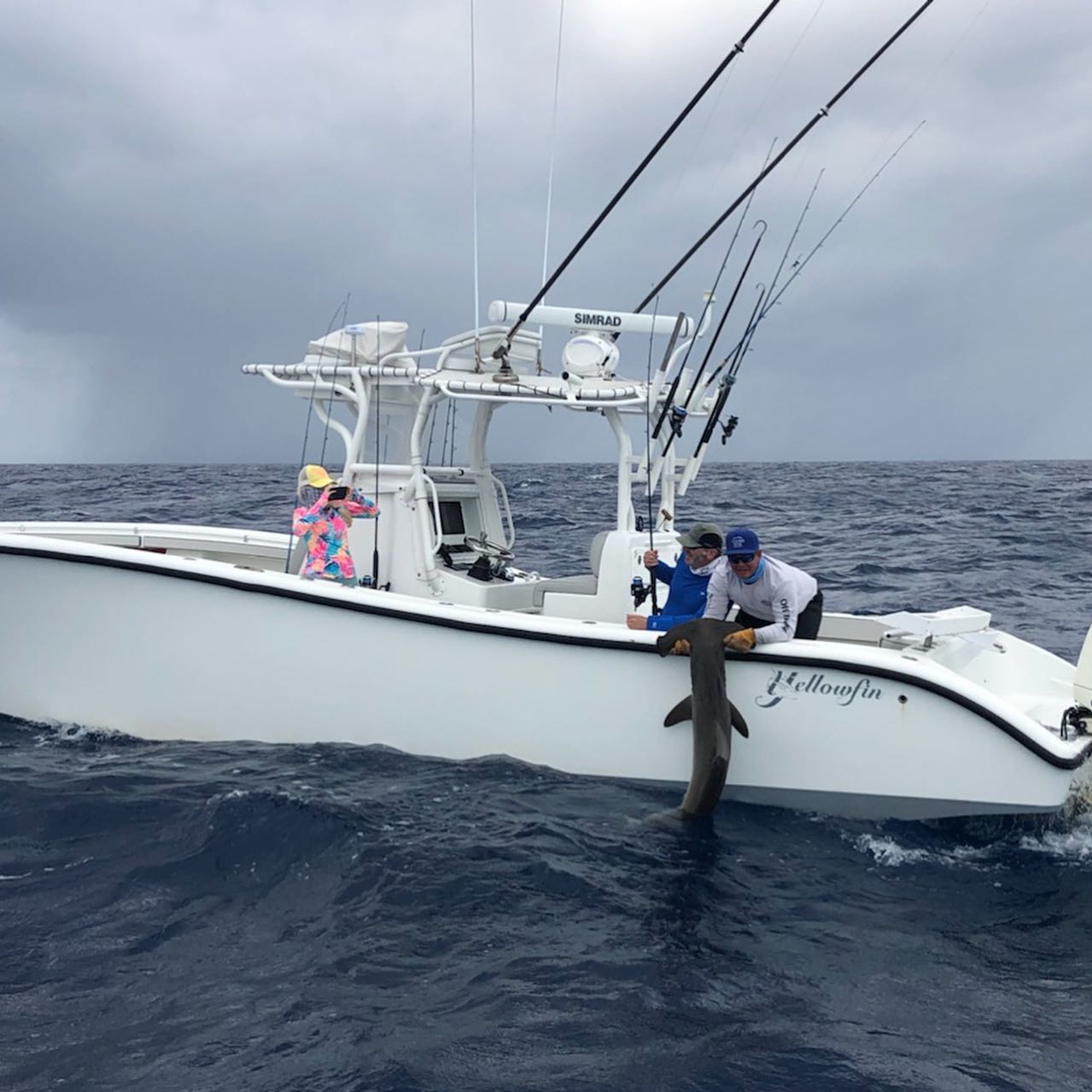 Amazing Experience
As a charter captain myself (fresh water). My wife and son came down for vacation this past week. We booked a trip with Key West Pro Guides and our Capt. Brad was awesome. We were out for a full day and was able to do a little bit of everything. We started reef fishing and caught a cooler full of mangrove snapper, then we trolled for a couple hours and caught a few smaller fish. The end of the day we deep dropped for grouper. Pull up 2 nice rose fish and the last drop hooked up on a 23# snowy grouper. We had a blast!!

Thanks for a great trip, it was actually nice to be the one reeling in fish for once!! lol

Lots of fish! Lots of memories!!
What a great day of fishing the keys!! Our guide, Capt. Brad Nowicki, was very knowledgeable and fully prepared to get us out on the fish quickly! Nice big boat stocked with everything we would need.

We caught a bunch of fish… yellow tails, grouper, trigger fish, barracuda, and my son even landed a personal best 27 lb. Almaco Jack! This trip was my son’s graduation gift and he really wanted to catch a shark. Unfortunately, we couldn’t seem to hook one (certainly not due to Capt. Brad. He tried everything for us. The sharks just were not having it.)

We spent a week in the keys and the charter was the highlight of our trip. My wife, son, and I definitely made some Great memories today! Thank You Key West Pro Guides! We would definitely recommend you guys!!

Captain Brad makes the experience for you!!
My wife and I took our kids out for some deep sea fishing with Captain Brad. He was extremely knowledgeable and showed us some amazing fishing spots. My entire family caught a freezer full of Mahi-mahi, or as they call it in the Keys, Dolphin. It was a family experience we won’t forget and we will for sure call Captain Brad back next time we’re in town.

Perfect experience
Great overall experience all the way from booking the trips to getting on the boat very easy process. First trip we did a flats/ back country trip with captain Anthony Solmo. We caught some trophy fish a couple nice tarpon, bonefish and permit! Our second day we were with captain Brad Nowicki going offshore. Caught a dozen or so mahi and some jacks & snapper mixed in. 3rd day we went out with Captain Hugh Morgan and finished up with a nice variety of fish. Cobia, shark, snapper, grouper, jacks. I visit key west annually and use key west pro guides every year. Great office staff, captains, and very well kept equipment couldn’t ask for a better experience thank you!

Outstanding and Affordable
If you are looking for the BEST Charter in the keys then shop no more…Capt Brad is outstanding. We have done a few deep sea fishing adventures in our life and this was the absolute best ever. We went Shark Fishing and we were not disappointed… My husband and my son had an experience of their life. Capt Brad shared all his knowledge with us and even stopped along the way to share interesting facts with us… I shopped and shopped before booking and his prices were the BEST THAT I FOUND ANYWHERE. So if you plan on booking a fishing trip then this is the charter for you.. Thanks again Capt Brad, my family is still talking about all the fun that they had and we look forward to booking with you again. 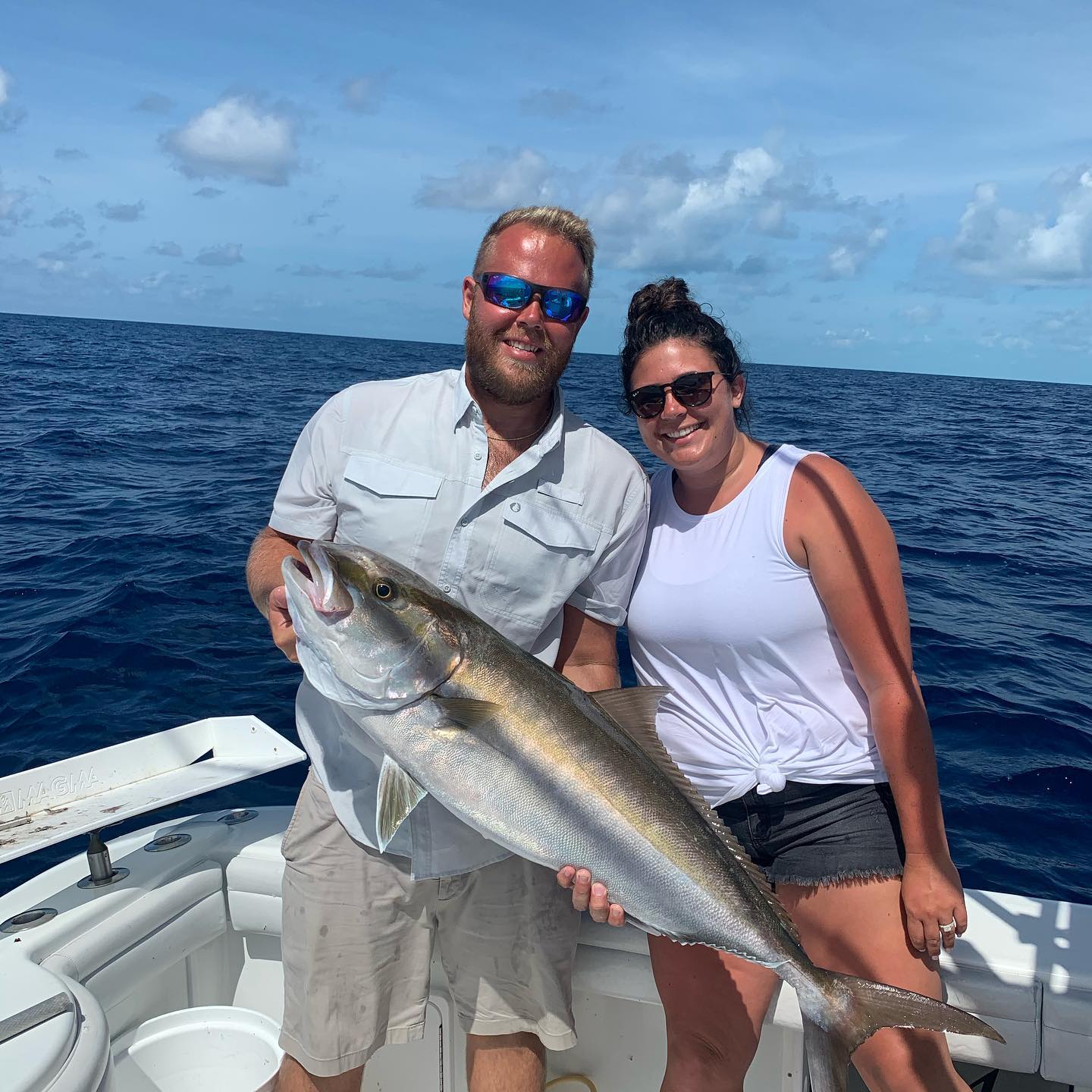 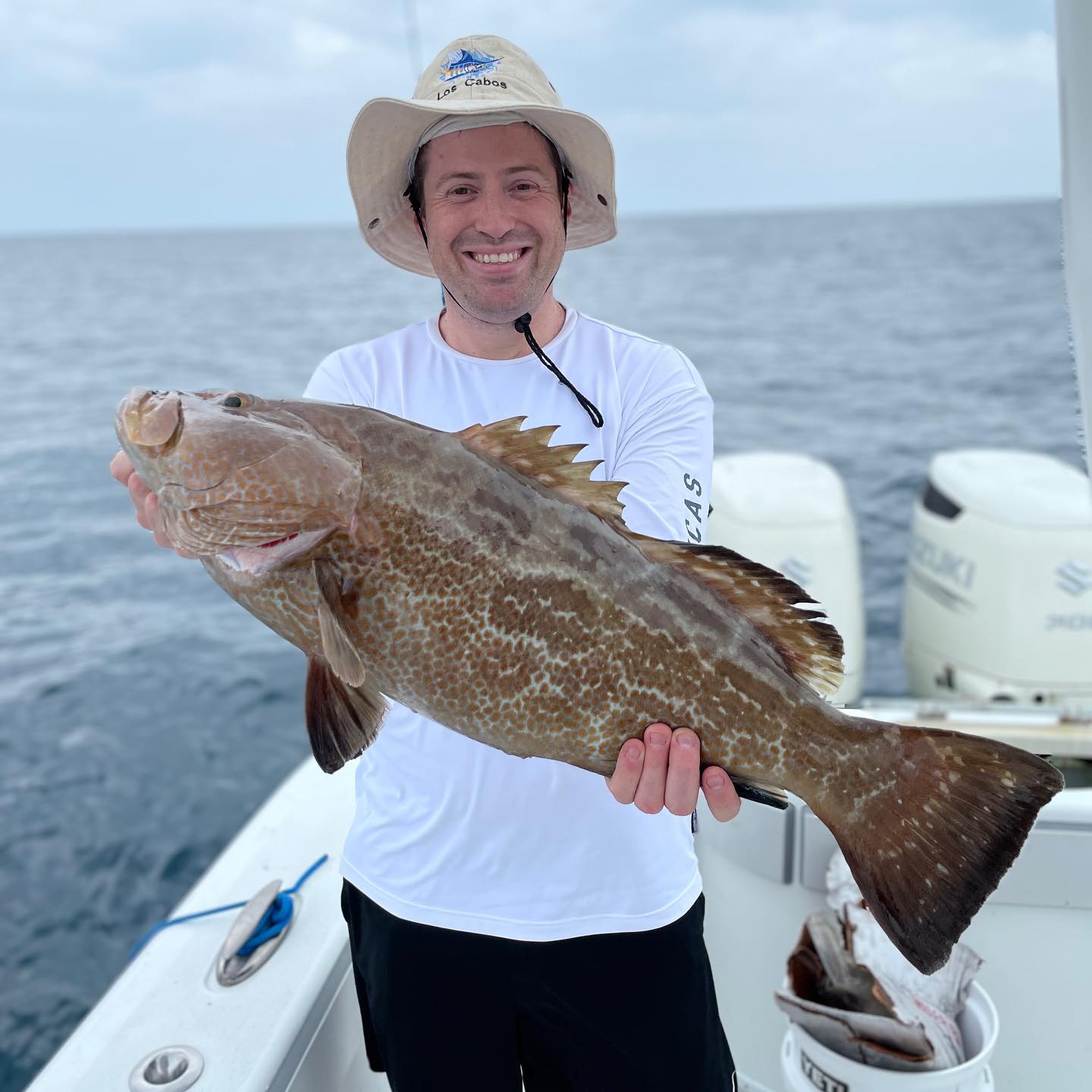 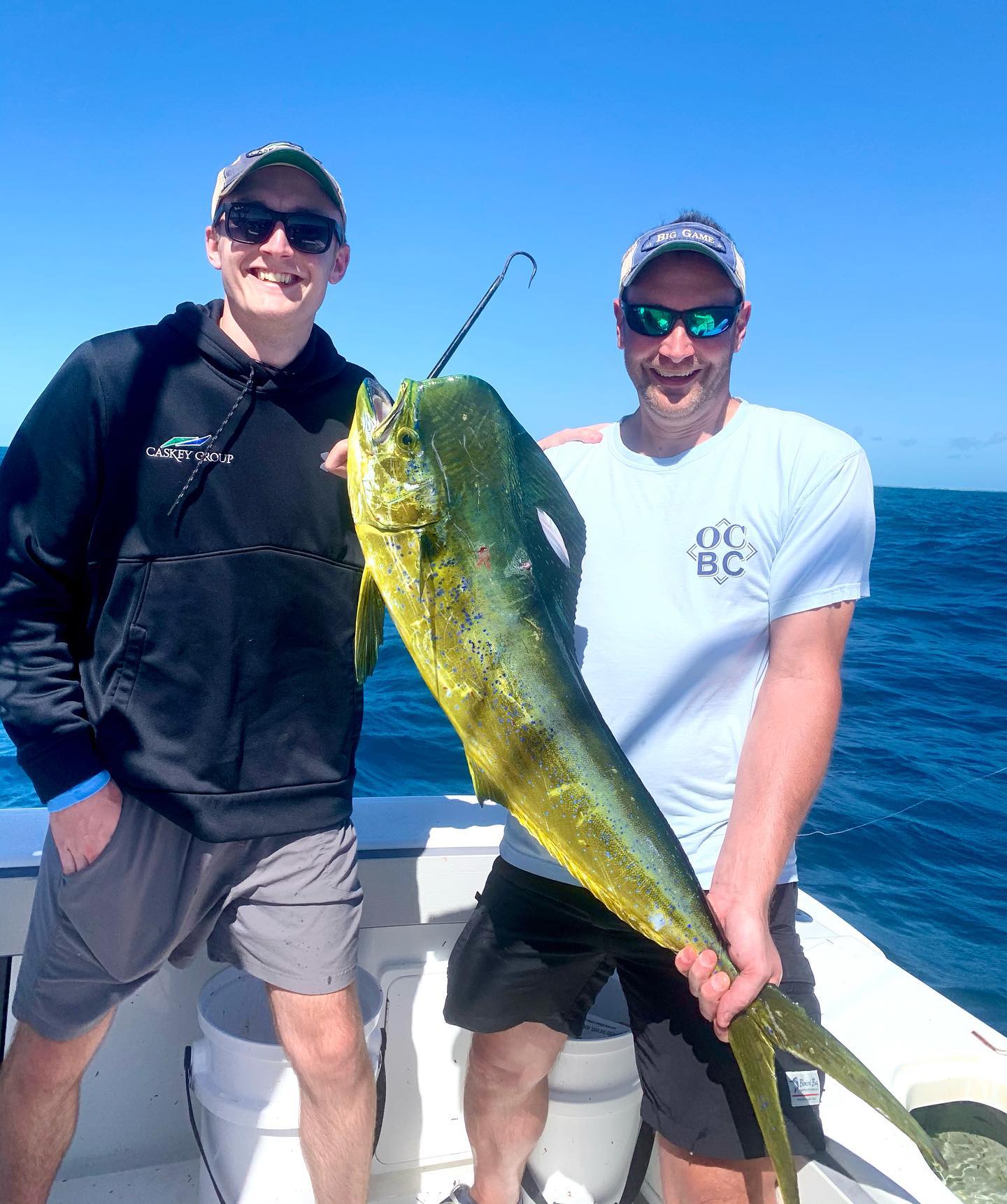 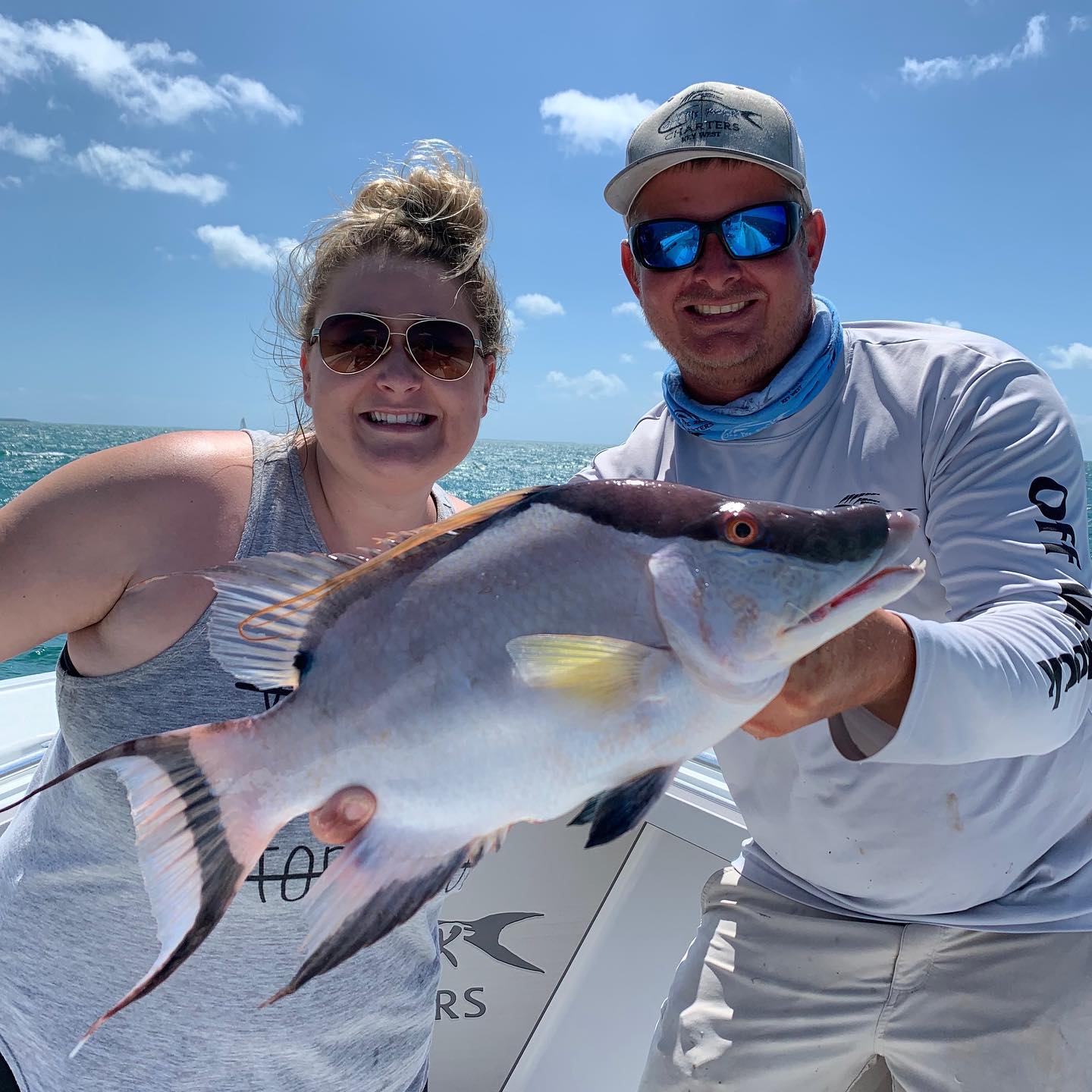 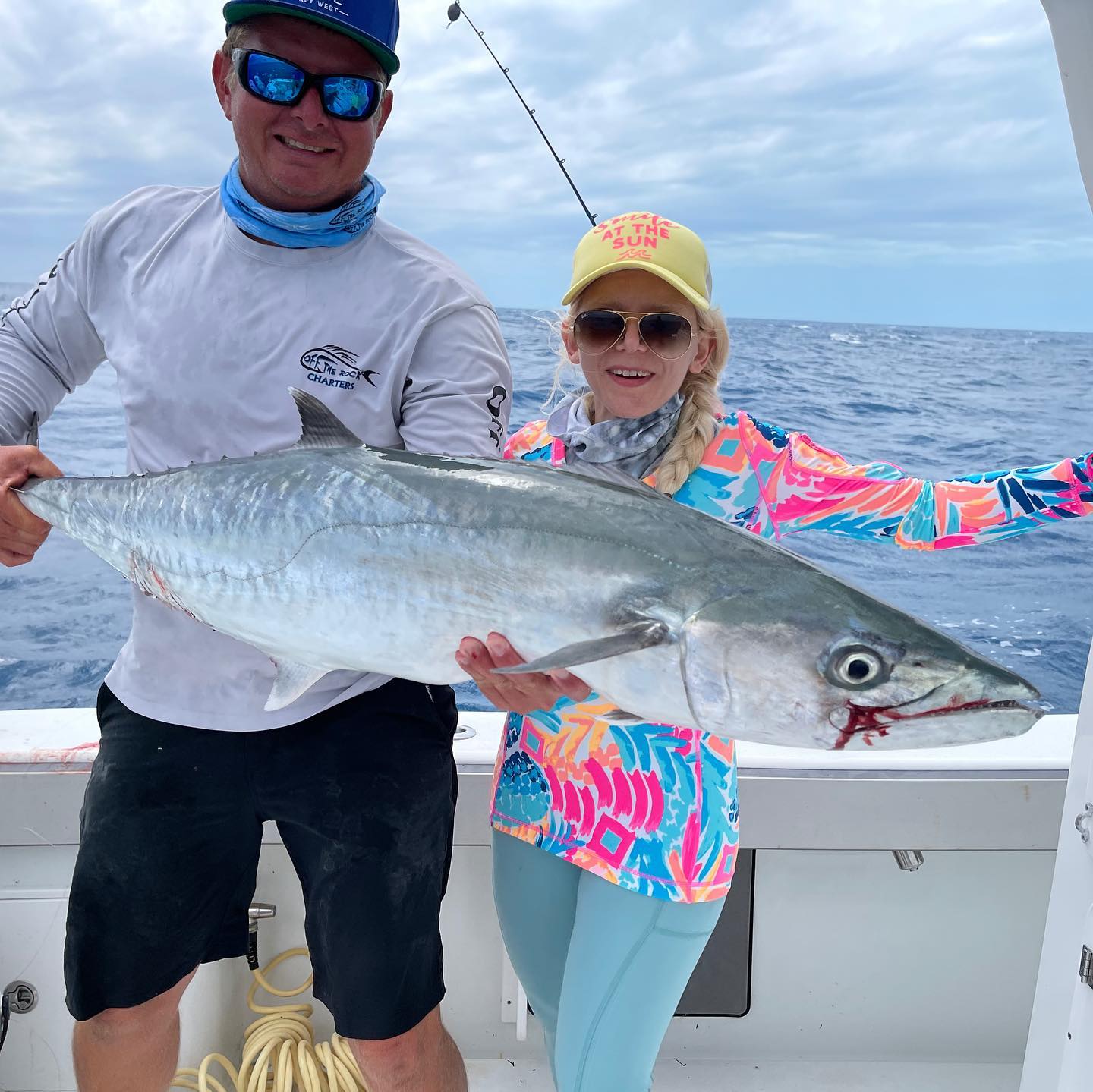 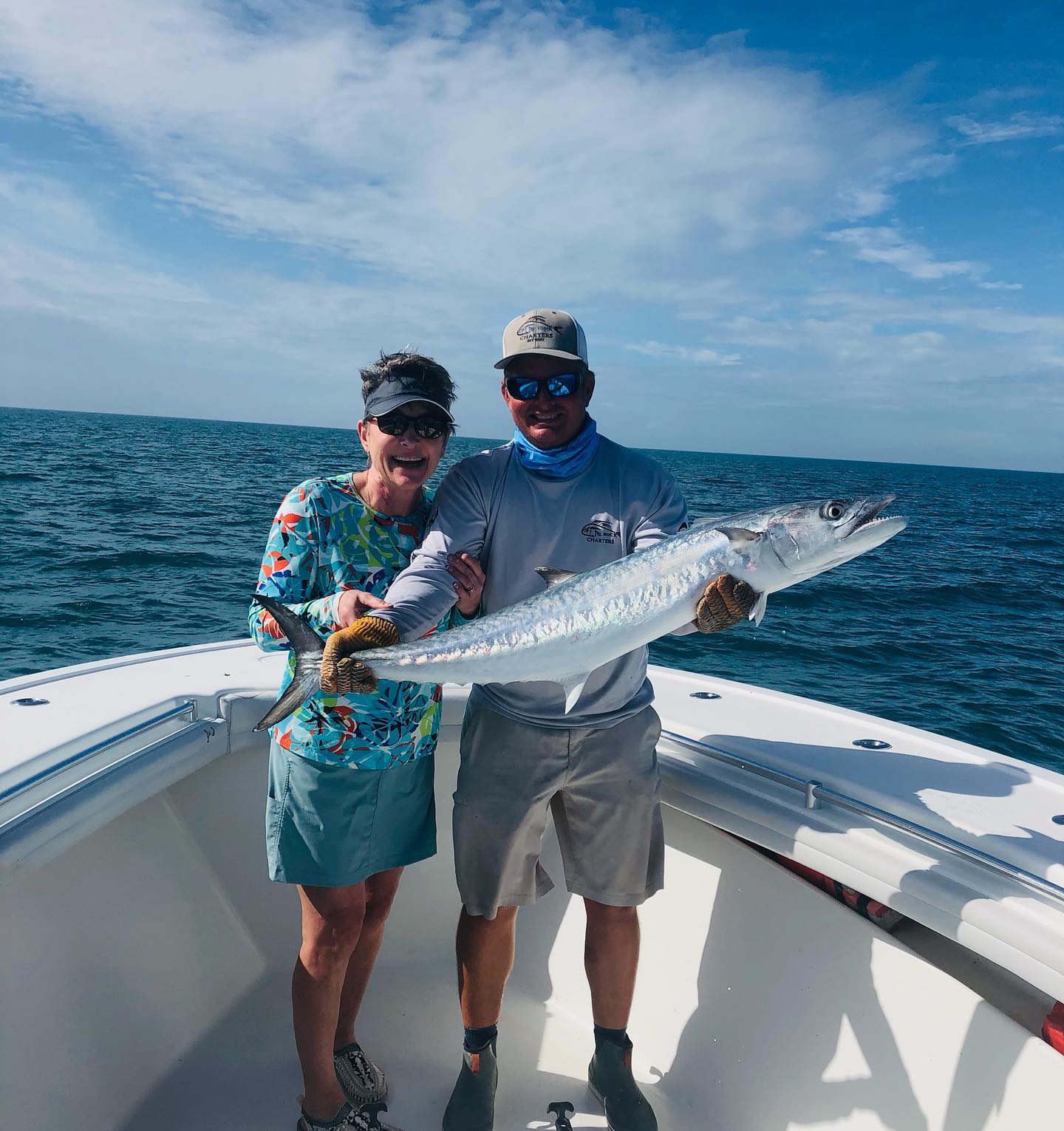 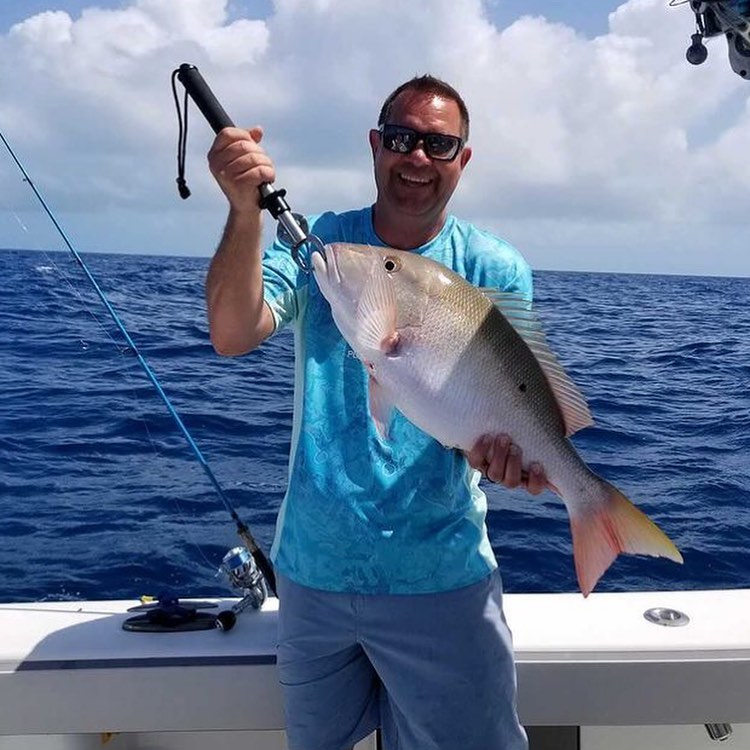 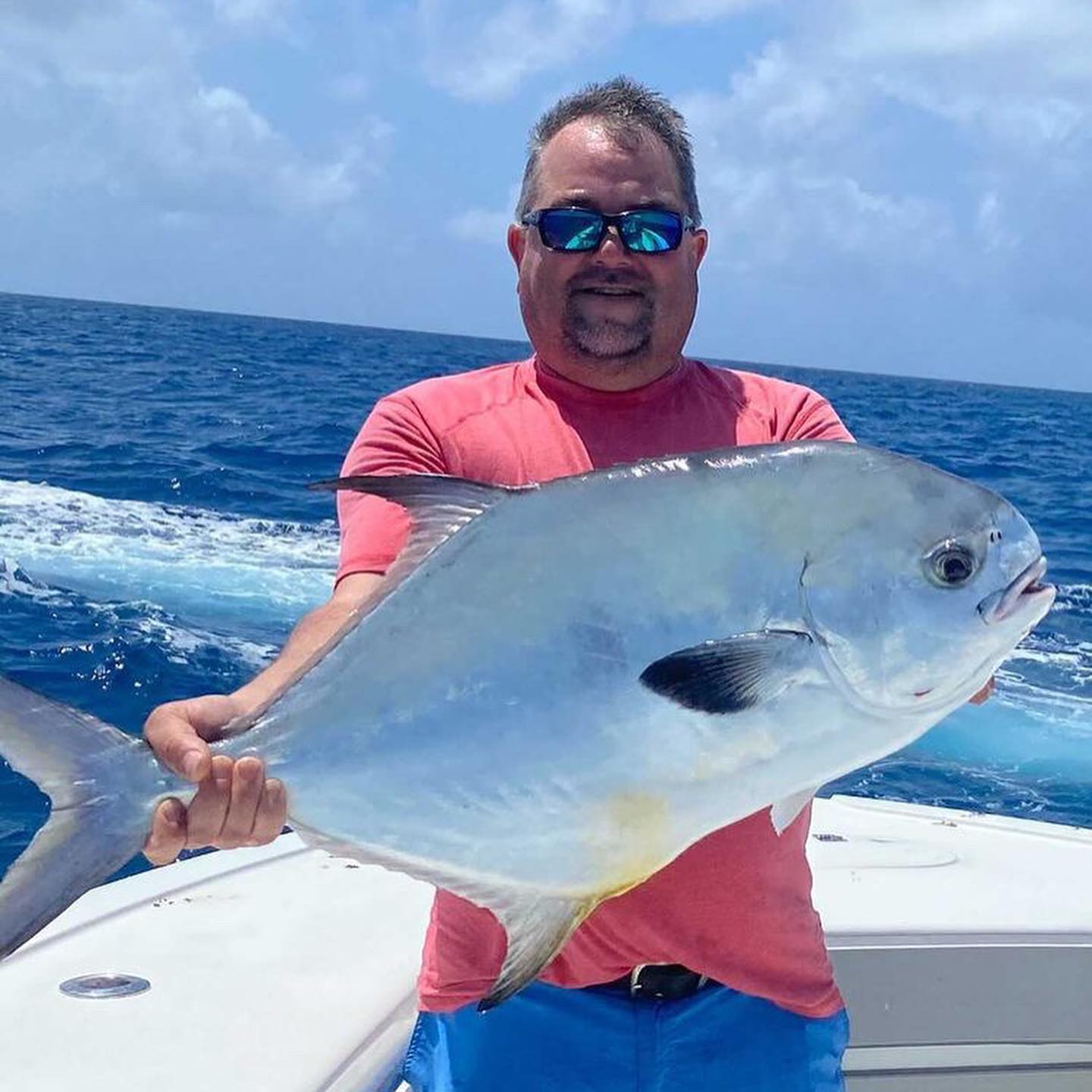 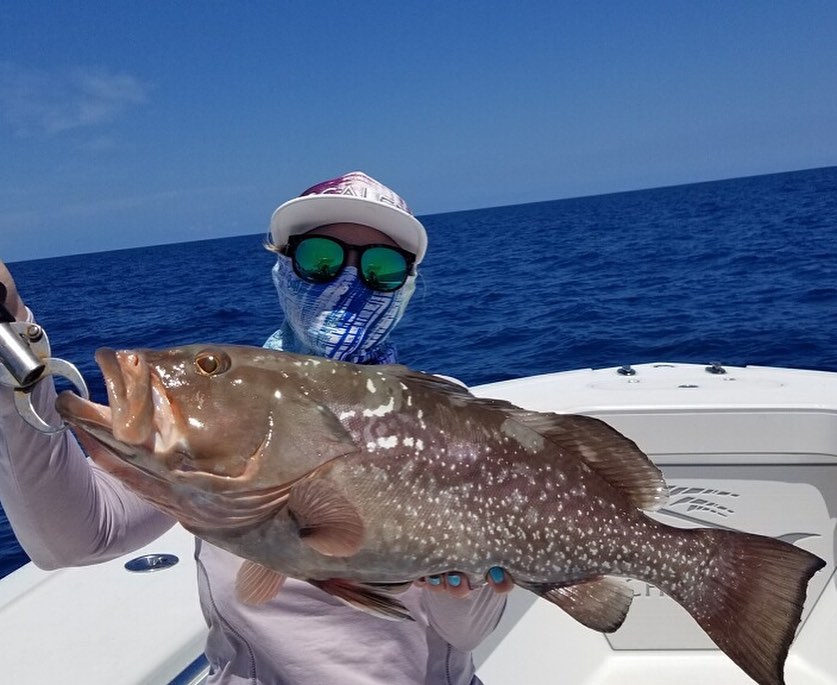 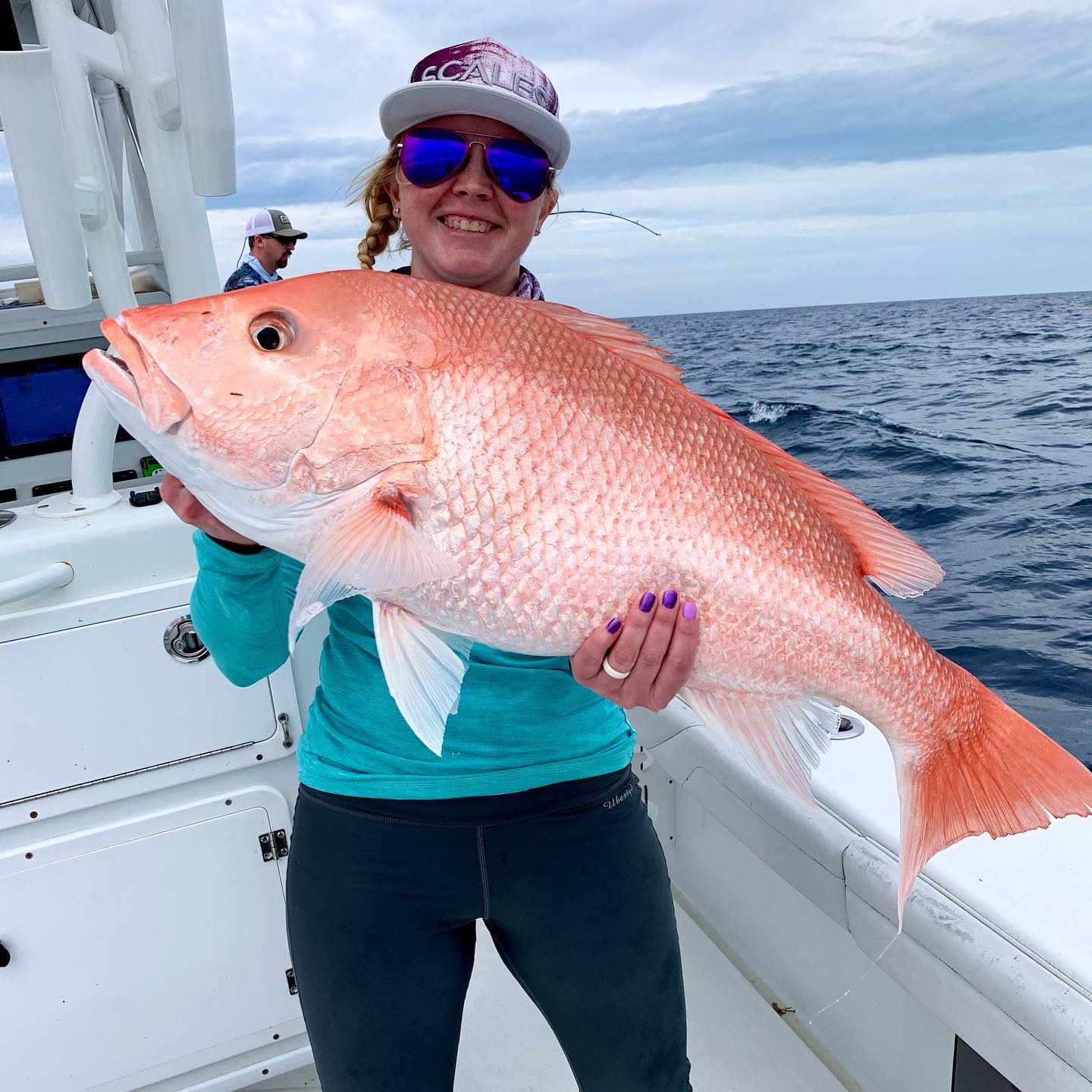 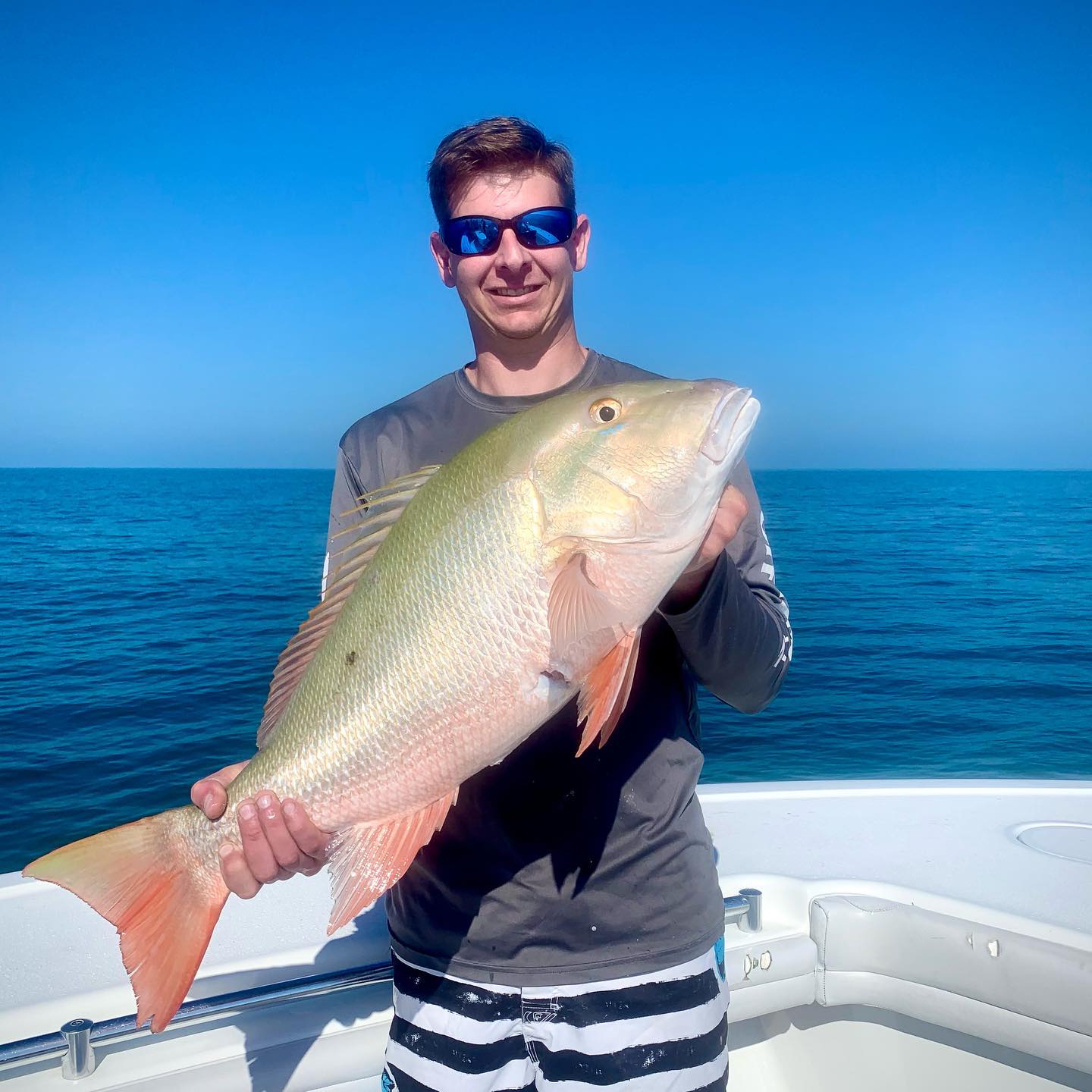 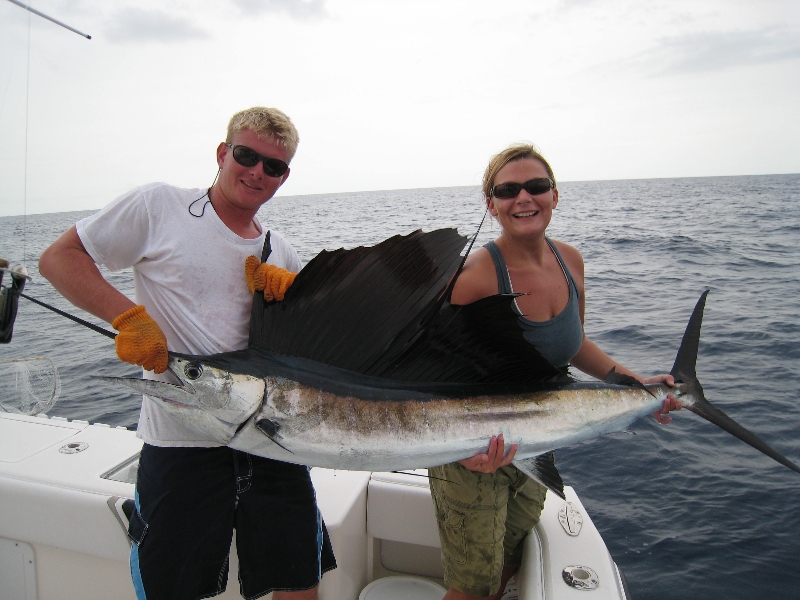 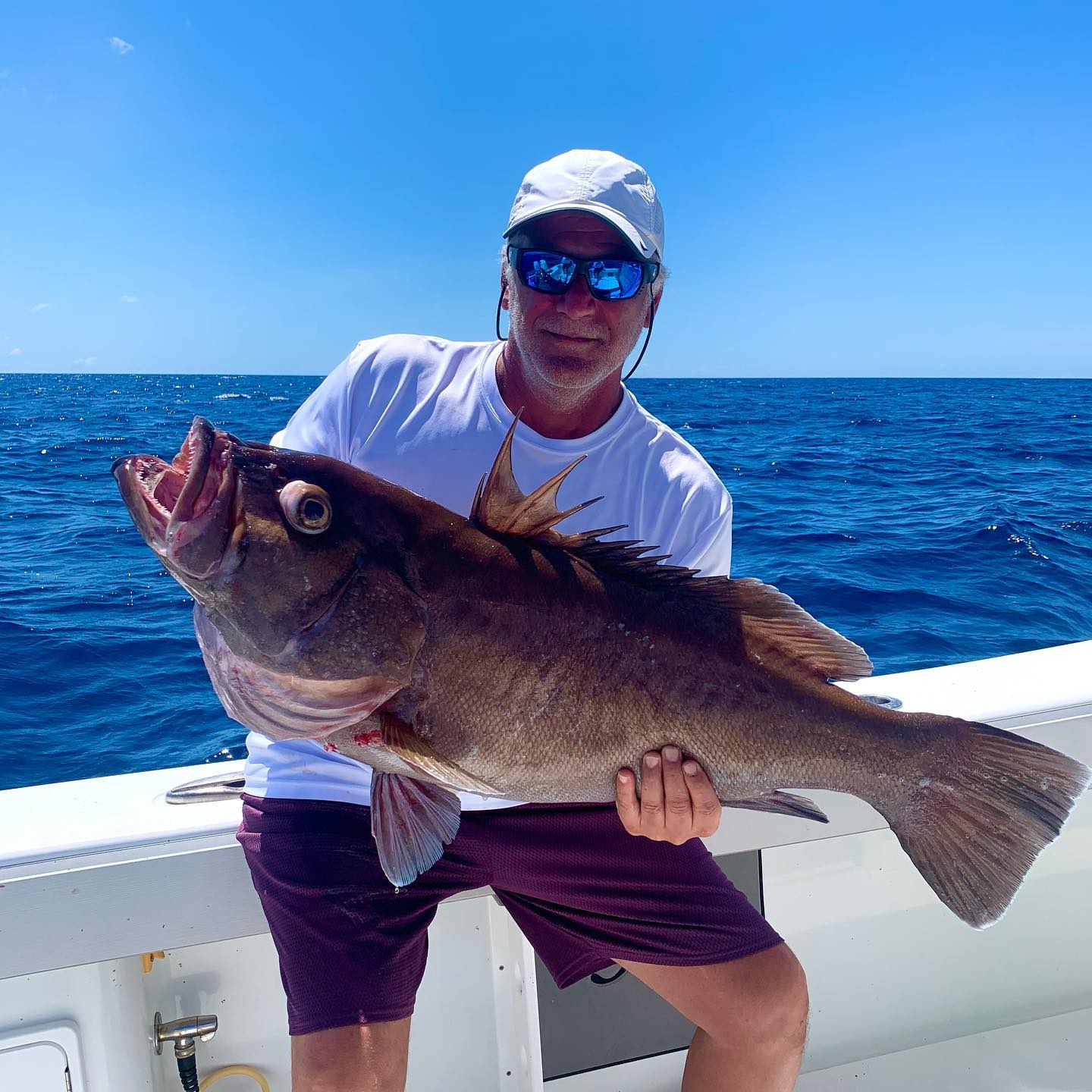 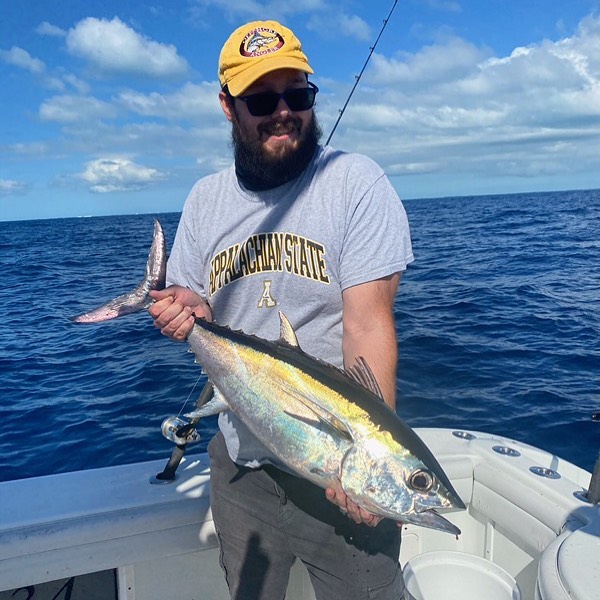